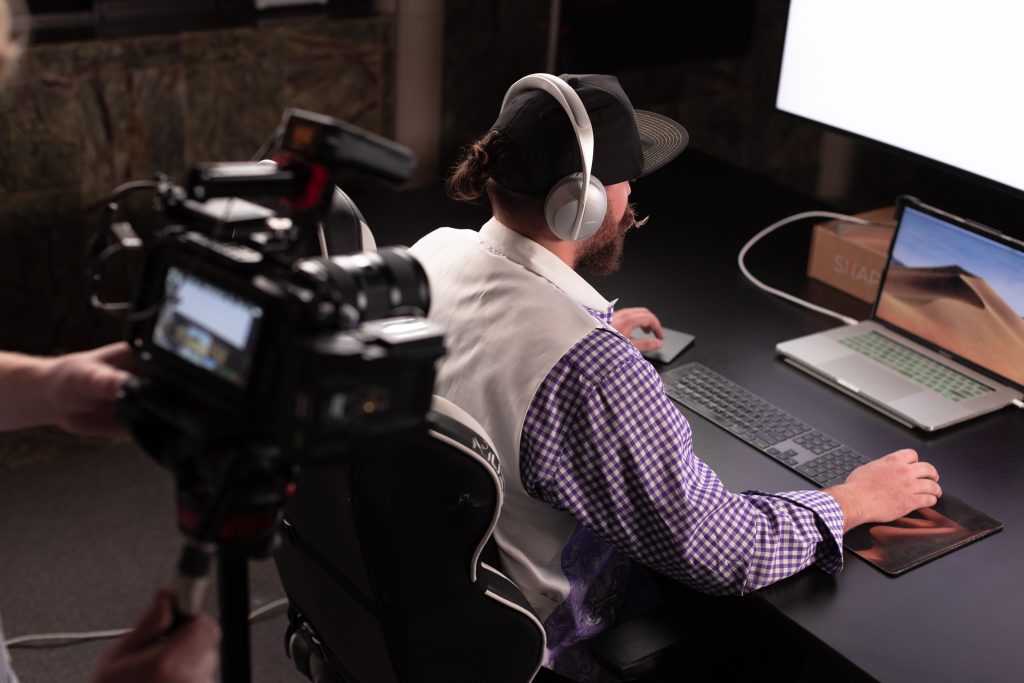 What is VisCap Media? How did they get to a $10mil agency in a year from $2000? What are they doing next? What are their tips for growing creative advertising agencies?

Don’t worry – we’re going to answer all of these questions right now.

VisCap Media is a creative agency specializing in creating high volumes of high-converting direct response video ads and branded content. Founded in 2019 by college roommates Cody Iverson and Tyler Stephens, after only one year the agency is worth 10 million dollars.

For Cody and Tyler, content creation is practically second nature. Tyler got started in photography and videography at the age of  14, shooting his friends on BMX bikes, weddings, and photojournalism for a news publication. By the time Cody and Tyler met in 2015, Cody was already a successful entrepreneur in the e-cigarette industry. With both of their contrasting skills, Cody and Tyler pivoted into creating eCommerce brands. From building out optimized websites and sourcing products to scaling Facebook ads and creating data-driven creatives, this dynamic duo has lived and breathed eCommerce.

Only 4 years after partnering, Tyler and Cody network were massive. Being members of the WarRoom Mastermind, Cartels Mastermind, and numerous other 7 figure+ masterminds there was a unique opportunity at hand.  Cody and Tyler’s brands consistently had kick-ass videos and as a favor, they were asked to create a video ad for their close friends at Shine Armor. They quickly realized how many brands are in dire need of high-converting video ads. Video ads made by actual marketers, eCommerce brand owners, and people who have actually lived the problems that DTC brand owners face. Not just cool-looking ads made by geeks with cameras, but video ads for social made from classic direct response marketing roots.

This was the birth of VisCap Media. What even is VisCap? VisCap is your brand’s visual capital. With the constantly evolving digital marketing industry, creatives are quickly becoming the differentiating factor between a successful brand that is scaling to the moon and brands that are just meh getting by. It’s not 2016 anymore, there are no Facebook hacks or scaling cheat sheets in 2021. The machine learning on our advertising platforms now prioritizes consistent content that engages and resonates with your audience on the deepest level. AKA your brand’s visual capital.

Launching an agency on a $2000 budget

From the beginning, Cody and Tyler saw VisCap as a challenge, a long-term play for the duo to push themselves towards their fullest potential. From day one, Cody and Tyler set a goal to sell VisCap for $100m in 4 years. While obsessing over this moon-shot of a goal, how else can 2 young entrepreneurs push themselves even more? Bootstrapping it. With just $2000, some personally owned camera gear, and an ocean full of direct response marketing knowledge, VisCap was started. Tyler and Cody knew in order to grow at the pace they set off to, it would take massive sacrifices and re-investing every dollar of profit back into the business to fuel growth.

They needed to help as many brand owners as physically possible, even if it meant putting their client’s business before their own. With a “doing whatever it takes” attitude to help their client’s brands to scale to the moon, knowing that the quality of service and relationships being built was the real fuel to VisCap’s rocket ship.

We asked Tyler if they were back on day one of launching VisCap would they still bootstrap the business or would they rather seek out funding?

“Bootstrapping VisCap was truly the key to our massively quick growth. Sounds weird right? But honestly knowing our back was against the wall and knowing that we had to operate and grow solely on profits, it forced us to constantly optimize systems, force efficiency, and above all else focus on our relationships with our clients. Plus it keeps us aligned with our growth goals. We never had a ton of money from funding sitting in our bank account or ever had the desire to take profits out of the business for us personally to buy new cars or whatever else. Everything we made went right back into growth and I wouldn’t have wanted it any other way.” said Tyler.

The power of word of mouth marketing and referrals

Up until February of 2021, VisCap Media has spent $0 on advertising. Using the network Cody and Tyler built throughout their eCommerce career, from day one VisCap had a massive list of potential prospects. In the early stages, VisCap did whatever it took to provide the best customer experience possible. Even if it meant cutting into profit margins by re-writing, re-shooting, and re-editing videos until the client was seeing the massive results they needed to continue growing their brand. From a business standpoint, it sounds like self-sabotage. However, in the video production industry, brands’s never heard of this level of customer service. An agency that truly cared about the success of their brand beyond the service being provided. VisCap sees themselves as a part of their client’s in-house team, a team that will be there for all the up and down in business providing help in any area they possibly can. This level of service is what quickly built a trustworthy name for VisCap in the eCommerce industry. Above all else, this level of service is what truly fueled VisCap’s rapid growth. A handful of happy clients quickly turned into dozens. Satisfied clients introduced VisCap to other brands in their network that were seeking the same long-term partnership that would do whatever it takes to deliver a high quality standard every single piece of content.

Scaling up VisCap’s team and culture

In February of 2020, VisCap had just a small team of 5. Now, VisCap has grown its in-house team to 26 team members and over 150 worldwide. With eCommerce being such a young industry, VisCap’s main strategy when growing their team is hiring culture first and skills second. VisCap strives for creating a culture that inspires everyone apart of VisCap to be the very best version of themselves, not only professionally but personally as well!

For a young company, culture is a massive part of profitably getting through the start-up phases. It’s critical for every team member to be aligned with the vision, understand the health of the business, and how small wins feed into the massive long-term goal of being the best creative agency on planet earth! It starts with ego. Traditionally in the broken corporate system, team members would be disciplined for saying what’s on their mind or even have a better idea on how to do something. At VisCap every team member’s voice is heard, no one has an ego. You’ll never hear Cody or Tyler say, “that’s just the way it’s always been done.” Every system and every task is always being constantly optimized from the direct feedback of the person doing it. In a company like VisCap, this freedom is what drives creativity to unimaginable heights daily for the whole team to feed off of.

If you really want to delve into VisCap’s culture, check out this core values speech from Cody…

Clearly, VisCap is nothing like any other traditional creative agency, but what’s the icing on the cake? VisCap’s templatized video frameworks. These frameworks make media buyers and campaign managers feel like a little kid in a candy shop. All the frameworks are built with data pulled from winning ads in all the industries VisCap markets in.

Templatized ads? Yeah right… But they aren’t templatized how you might think. Using classic direct response marketing, these proven frameworks are built to resonate with your viewers on a deep emotional level. Each framework targets different emotional triggers and buying habits to cast a wide net to test which framework resonates with your audience the most. VisCap currently has over 30 proven video frameworks that have yielded 6-7 figure results time after time again across all industries. Here’s an example of one. This is the PASS UGC (Problem, Agitate, Solution, Sale)…

These fast-paced ads are made to bring prospects through all levels of awareness in less than 60 seconds. What are the levels of awareness? Unaware, problem aware, solution aware, product/ brand aware. These ads are cold traffic killers which make scaling rapidly and profitably as easy as just turning on an adset, which is why media buyers and campaign managers drool over these ads.

What’s ahead for VisCap Media

If you can’t tell already, VisCap has some MASSIVE goals targeted for the future. Beyond being the most sought-after creative agency in the world, VisCap plans to scale horizontally more in 2022. Moving into